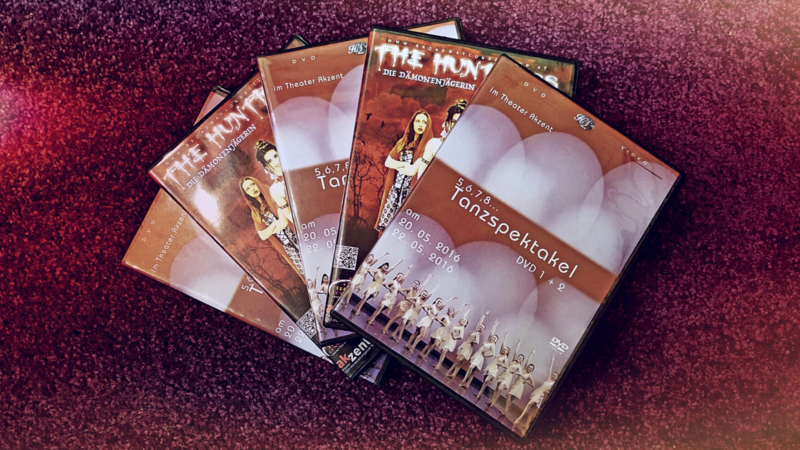 The long-awaited DVDs of our final recital “5, 6, 7, 8 – Broadway Connections Tanzspektakel” from 2015/16, as well as of our musical “The Huntress” arrived today!

The DVDs that were ordered and have already been payed for, can be picked up at the reception.