You are here: Home1 / Championships2 / National Championships3 / Most successful Competition Season in the History of the Broadway Conn... 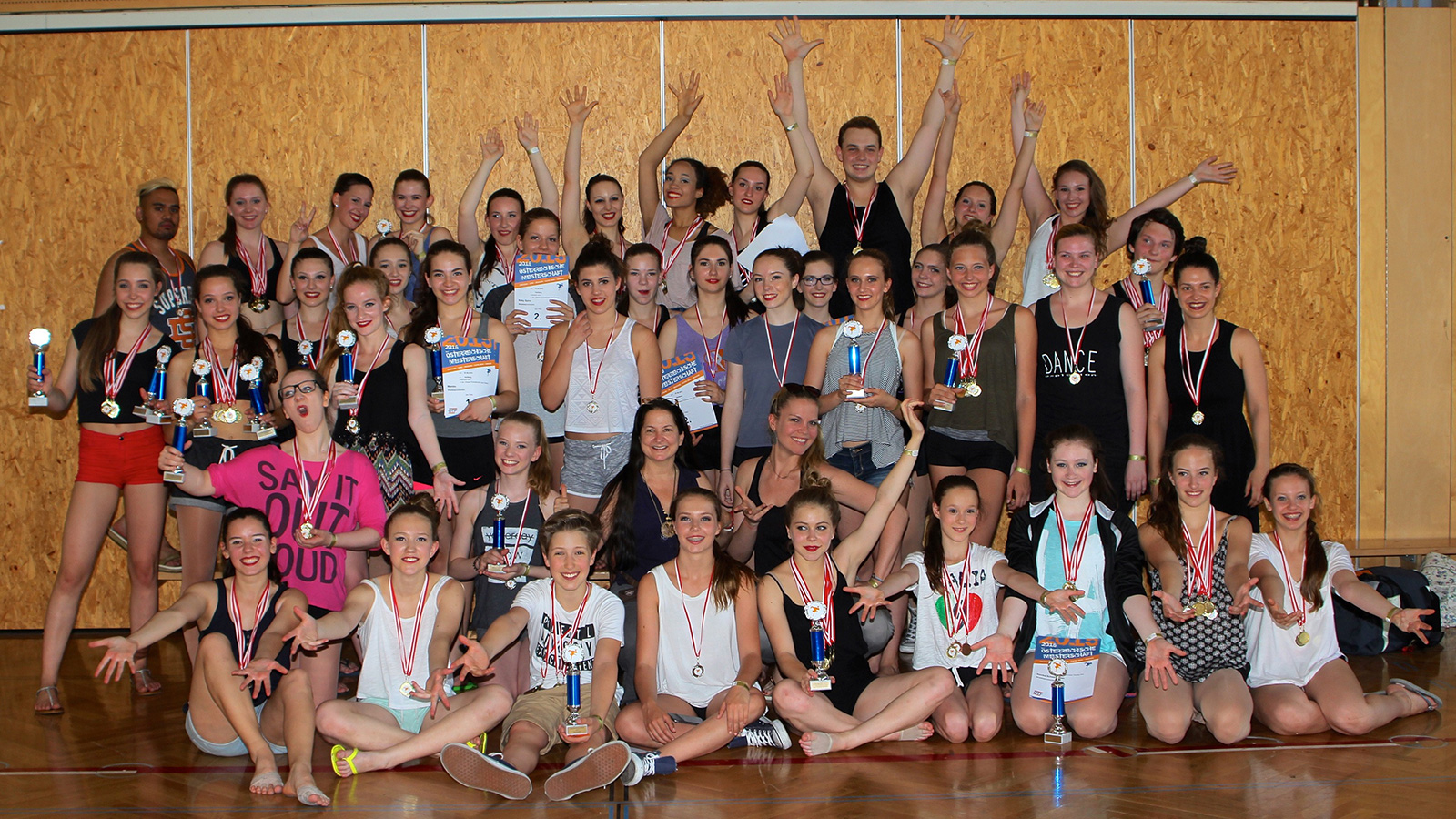 The competition season 2015 ends with another great result! After the sensational result at the Austrian Open in Musical- & Showdance in Klagenfurt and the similar impressive result at the European Open in Villach, our competition team returned from the Austrian Championships in STREETDANCE & PERFORMING ARTS in Hartberg with 27 Gold, 13 Silver and 10 Bronze Awards.

We thank the organisers for the successful competition, especially for the relaxed athmosphere. A beautiful conclusion for our dancers after the stressful and cumbersome ASDU championships.

KrisTina and her team congratulate the dancers and thank for the discipline which was necessary to achieve the most successful competition season in the history of the Broadway Connection. Our thank goes also to the contest group choreographers KrisTina Decker, Petra Böhm, Miriam Lechlech, Wei-Ken Liao, Michelle Hoffmann, Ralph Galvan and Maria Gabler. We also want to thank our parents, relatives, friends and supporters who support our students so intensly at the competitions and in the preparation.

Here a short video from the competition that was prepared by the organisers:

Sensational Result at the Austrian Open 2015 in Klagenfurt

This website uses cookies to improve your experience while you navigate through the website. Out of these, the cookies that are categorized as necessary are stored on your browser as they are essential for the working of basic functionalities of the website. We also use third-party cookies that help us analyze and understand how you use this website. These cookies will be stored in your browser only with your consent. You also have the option to opt-out of these cookies. But opting out of some of these cookies may affect your browsing experience.
Necessary Always Enabled